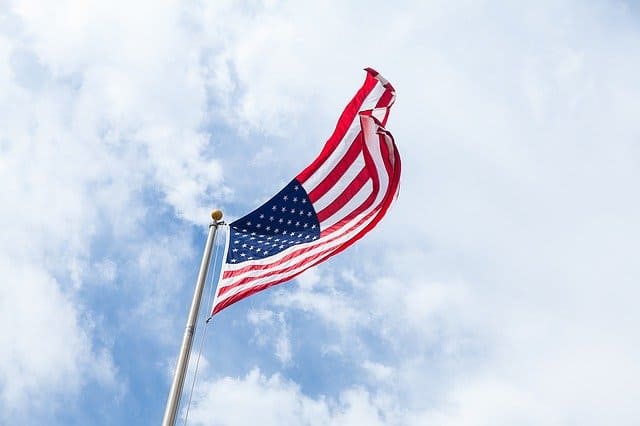 It remains to be seen who will occupy the White House in the New Year and the lack of a clear winner has amplified existing political uncertainty. While the presidency is receiving most of the attention, several House and Senate races are still being tabulated as well.  These closely contested elections are taking longer to call due to an unprecedented volume of absentee ballots, and election rules in several hotly contested states that do not permit the time-consuming job of counting the votes to begin until Election Day.

No matter who ultimately wins the presidency, we anticipate the outcome of this election will have a significant impact on tax policy, the economy, and financial markets in the years ahead. Still, we firmly believe that it would be a mistake to base even a short-term investment strategy on a plan that necessitates accurately predicting which candidate will ultimately win the election, the policies proposed by the eventual winner, the ways in which Congress will modify those proposals throughout the legislative process, or the impact those new laws would have on the economy and financial markets.

The Ghost of Bush v. Gore?

The country’s final ballot count is expected to take days or weeks to complete. Even then, we would not rule out the possibility that the final result will be influenced by court decisions on election-related litigation. We have been here before. The 2000 presidential election between Republican George W. Bush and Democrat Al Gore was too close to call when the polls closed on Election Day. The winner wasn’t declared until six weeks later—following a time-consuming recount in Florida that was ultimately settled by the Supreme Court. Uncertainty ratcheted up financial-market volatility during that period of election limbo, with riskier asset classes broadly reacting negatively; U.S. equities, as measured by the S&P 500 Index, fell by 6.2% during the two-week period following November 4, 2000.

While the S&P 500 reacted strongly today, up 2.2% at the close, only time will tell how or when the 2020 election story ends. The consensus from economists and investors alike is that U.S. equity markets will sustain an elevated level of volatility in the near term.

No matter which presidential candidate assumes office next year, we expect their legislative agenda to be tempered before being put into practice. We also believe it is usually best that investors pay strict attention to the market fundamentals and ignore the politics. Accordingly, we are not making changes to portfolios based on the election’s outcome. This does not mean we intend to ignore the final result or the implications of future government decisions. As always, we will pay close attention to policy-driven fundamental changes and the financial-market imbalances they create, in terms of the risks and opportunities they present. At present, the combination of significant U.S. government-debt issuance (due to fiscal policy decisions) and the Federal Reserve’s accommodative monetary policy in the face of low inflation expectations (and that of other central banks around the globe) have impacted everything from credit markets and bank stocks, to the U.S. dollar’s primacy in global trade, and more. These government decisions have introduced longer-term structural changes to the global economy. We are tracking a range of investment opportunities and will continue to position portfolios based on economic and legislative developments.

Ryan Veldhuizen, MS, CFP®
Founding Principal
Drawing on over a decade of experience serving dentists, Ryan helps you coordinate and prioritize your personal and practice goals to help you manage a more efficient, profitable practice and confidently catalyze financial freedom.  Through your Atomic Plan, Ryan helps you understand the big picture of how the various and competing components of your plan fit together while providing you with the clarity and detail you need to optimize your cash flow, reduce your taxes, avoid unnecessary risk and fully leverage your wealth to achieve your life goals and passions.
Ryan is a CERTIFIED FINANCIAL PLANNERTM and graduate of Taylor University with a degree in Economics and Mathematics. He holds a master’s degree in Personal Financial Planning and has also studied International Economics at Oxford University in England. In addition to working one-on-one with clients, Ryan also regularly presents on personal finance and debt management at Indiana University’s School of Dentistry.
Ryan, his wife, Kathryn, and their three kids live in Carmel, Indiana, where they are active members in their local community. When away from the office, Ryan enjoys coaching sports, serving in the children’s ministry at his family’s church, playing basketball, hiking and biking with his family, and hopes to one day convince his wife to do an RV vacation out West.

Tyler works closely with you throughout your career on business and legal matters.  He regularly reviews and helps negotiate partnership, employment and independent contractor agreements. He advises you on entity formations, practice purchases, practice buy-ins and lease agreements. As you prepare for a practice succession, Tyler provides essential guidance in developing and executing an exit plan. Tyler also guides clients through the process of developing appropriate estate plans based on your unique desires, goals and objectives.

Residing in Zionsville, Indiana, Tyler and his wife, Erin, enjoy spending time with their three kids while staying active. Tyler enjoys teaching preschoolers at their church, cooking alongside his wife, watching basketball, and beating anyone who will play strategy games with him.

Justin Stephens, CPA
Director of Tax Services
Justin helps you get out of the trenches and run your practice like a true CEO.  He works with you to track and optimize your growth using customized financial reporting tools that give you the information you need to make the right decisions. He knows the tax strategies and deductions that apply to dentists and will make sure you take them, while staying compliant with tax laws and filing requirements, so you don't have to worry.

Justin credits his early interest in accounting to his mom who runs a bookkeeping company. He later graduated with a degree in accounting and finance from Cedarville University and is a Certified Public Accountant. Justin's experience in both public and corporate accounting provide a wealth of knowledge and experience as he works with clients.

As a transplant from the East coast, Justin and his wife, Ellen, alongside their four kids now call Westfield, Indiana, home. Outside of the office, Justin spends time serving at their church, watching sports, playing with his kids, and forcing his family to drive the 1,000 mile one-way trip to Disney World in one day, to save money.

Erin Winkleman
Practice Manager
Erin assists you with day-to-day service requests and administration, including opening new accounts and processing of withdrawals, transfers, and deposits.  She also acts as a liaison between you and your team of advisors to ensure our advice is based on accurate information.

Erin graduated from Grace College with a degree in accounting and worked for several years in corporate accounting. Her accounting background and attention to detail keep our team running smoothly and efficiently to ensure you receive the highest level of service available.

Born and raised in Central Indiana, Erin continues to call Zionsville, Indiana home, along with her husband, Tyler, and three kids.  In the free time Erin doesn't have, she enjoys vacationing and exploring new places with family, serving in their church nursery, reading for fun, and grabbing a hot drink while enjoying good conversation with friends.

Sign-up to get the latest news straight to your inbox.
Give it a try, you can unsubscribe anytime.